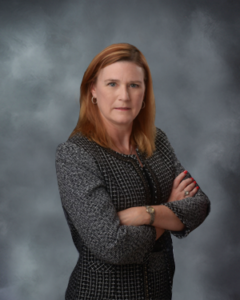 After marrying Joseph LoCoco and moving to New Orleans, Virginia served for approximately two and a half years as a law clerk for Judge Robert F. Collins in the U.S. District Court for the Eastern District of Louisiana. Her private practice began with a law firm in the Central Business District in New Orleans, where she practiced maritime and construction litigation. In 1990, Virginia and her husband Joseph founded the law practice of LoCoco & LoCoco, a firm based in New Orleans where they lived until 1994.

In 1995, after Justice Diaz was elected to the bench, the firm again became LoCoco & LoCoco and was appointed City Attorney for the City of D’Iberville. During this time, the LoCocos also worked as City Prosecutor and Planning Commission Attorney for the city of D’Iberville. Their work included representation in two highly publicized annexation cases, which required regular appearances in Chancery Court. Virginia also represented the City before County and Circuit courts and the Mississippi Supreme Court and Court of Appeals. To focus on representing victims’  rights, the firm resigned as City Attorneys in August 2001.

Over the course of Virginia’s thriving career, she has had the benefit of gaining significant courtroom experience, appearing in courts throughout the Mississippi Gulf Coast, the State and in the Federal Judiciary, including appearances before Harrison, Jackson and Hancock Circuit and Chancery Courts; County Court for Harrison County; Biloxi, D’Iberville and Gulfport Municipal Courts; Harrison County Justice Court; Hattiesburg Municipal Court; the Mississippi Worker’s Compensation Commission; the Department of Labor, Longshore Division; the U.S. District Court for the Southern District of Mississippi and the Mississippi Supreme Court.

During her prestigious 23-year legal career, Virginia has passionately and successfully championed the rights of injured victims throughout Mississippi and Louisiana. Below are some of Virginia’s noteworthy career achievements that highlight her undeniable strengths in legal research, complex case preparation, legal strategy, courtroom litigation and obtaining favorable legal settlements.

Serving together with her partner and husband, Joe LoCoco, as City Attorney, Virginia served as City Prosecutor and Planning Commission Attorney for the City of D’Iberville for approximately seven years. During this time, Virginia was the counsel of record in two annexation cases for the City of D’Iberville. The trial lasted nearly three weeks and involved over 10,000 pages of documents, maps, and exhibits. Her role assisting trial counsel in preparing and organizing these documents was a crucial element in the City’s first successful annexation of additional municipal territory since its incorporation.

Virginia’s experience in researching, organizing and articulately presenting thousands of pages of documents was a key element in the firm’s successful settlement of a complicated products liability case against a national automaker that involved an exploding brake drum.

Her excellent research skills in developing the strategy of pursuing a claim under Panamanian law and locating a Panama firm to file suit for victim heirs helped the firm recover an important settlement on behalf of a seaman killed aboard a Panamanian flagship vessel.

Virginia’s great success handling claims involving industrial accidents has helped hundreds of victims injured on the job in cases before the Mississippi Workers’ Compensation Commission and the Department of Labor, Longshore Division, and in cases involving Jones Act Seaman’s claims both in federal court in Mississippi and in Louisiana, where she previously served as a law clerk. As a child, Virginia spent countless hours on construction sites run by her family. Her life experiences, combined with her significant litigation expertise, make her an especially formidable adversary for employers or contractors that refuse to protect workers’ safety and compensate them appropriately for on-the-job injuries.

Virginia’s complex litigation experience combined with her working construction industry knowledge was invaluable to the firm when it came to analyzing and obtaining favorable settlements for hundreds of Hurricane Katrina victims denied coverage for losses by big insurance companies.