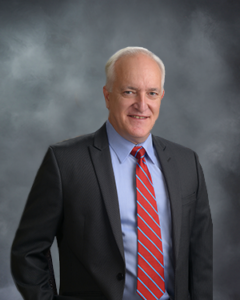 Born in El Paso, Texas, and raised in New Orleans, Louisiana, Joe has lived on the Mississippi Gulf Coast with his family since early 1990. After graduating in 1975 from Brother Martin High School in New Orleans, Joe attended the University of Mississippi where he earned his Bachelor’s Degree in Biological Sciences in 1980.

Joe’s passion for the law led him to enroll at the University of Mississippi Law School, where he distinguished himself both in and out of the classroom. While at Ole Miss Law School, Joe served on the Moot Court Board and as an officer of the prestigious Phi Alpha Delta Legal Fraternity.

He graduated with his law degree in 1985 and began his impressive legal career.

After practicing in Louisiana, Joe and his wife, Virginia, moved to the Coast and opened LoCoco & LoCoco, P.A., which is today one of the areas most sought-after plaintiff firms.

Joe’s impressive career highlights include: Securing a multitude of large settlements ($100,000 plus) for injury victims throughout Mississippi and Louisiana.

Representing his former law partner, a Mississippi Supreme court Justice, in a case adjudicated by the U.S. Supreme Court.

Appearing as trial counsel in the U.S. Court of Claims, Washington, D.C., via video conference and via satellite for an injured victim under the Vaccine Injury Act.

Serving as lead counsel in a trial against Carnival Cruise Line in the U.S. District Court in Miami/Dade County, Florida, for an injured Mississippi resident and victim.

Representing the heirs of a seaman killed aboard a Panamanian flagship vessel in a suit filed in the country of Panama.

Serving as City Attorney, Planning Commission Attorney and City Prosecutor for the City of D’Iberville from 1993 to 2000. During this time, Joe successfully handled two annexation cases.

Achieving a remarkable nearly 90% success rate in the over 75 social security disability cases he’s represented in the last 13 years.

Joe is licensed in numerous state and federal courts’  practicing in Mississippi from 1993 to present and in Louisiana from 1986 to present.

Joe lives in Biloxi with his wife, Virginia. They are the proud parents of four children, Nick, Elizabeth, Joey, and Michael.